To close the gap between my last blog and now will require a bit of catching up. August 28, 2012 seems like a lifetime ago. Here is the quick rundown of how in two years we added a new baby girl, bought a house, had 2 job changes and grew Roots into where it is today. 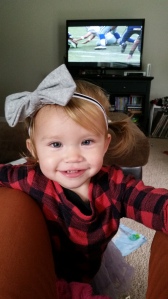 First and foremost Margo Nanette Wilson was born on June 12, 2013 in Olympia, WA to make the Wilson total to 3 kids. She is like the sour patch commercials, sweet but a little bit sour. She is developing quite the goofy personality.  We love her with all our hearts and couldn’t imagine life without her.

We also bought our first home and couldn’t be happier about it. Our new house was a foreclosure and wasn’t exactly in move in ready condition. Dominique and I immediately began working on it even though she was 9 months pregnant at the time. She is quite the trooper. So far we have torn down a wall, put in new hardwood flooring, replaced all the windows, replaced all the interior doors and painted the outside of the house. We still have a lot of work to do but are quite proud of our little remodel. 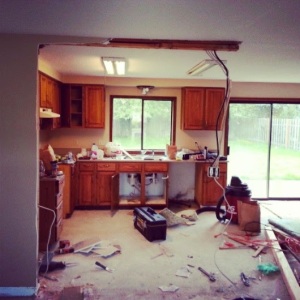 Roots has been amazing. We have gone from 4 AAU teams in 2012 to 17 AAU teams in the spring & summer season this year. We went from training 5-10 kids to 40-60 each month. We have also opened our first location with a tiny gym on 3rd Avenue. With this new gym we decided to go nonprofit and add football and baseball to create Roots Sports Academy. Scott Pisapia has been instrumental in our growth and continual execution of the day to day of Roots. All you Roots hoopers out there should thank him next time you see him because we wouldn’t be where we are without him. We also have to thank Pat Costello for generously helping us open our first location. He has been unbelievable.

My day to day life is nuts, and I am extremely blessed to have a wife who can deal with my basketball obsessed behavior. I went from managing a landscape company, to working for DPI Speciality Foods putting food to the shelf at Fred Meyer to my current position as an Advertising & Marketing Consultant for The Daily News. I am also an assistant coach for Lower Columbia College. So what these means is I work 8-5PM at the TDN, 5-7:30 Roots on weekdays and Roots 8-5PM on Saturdays. I am swamped so thank you to all those who are patient with my complete lack of communication. My wife is absolutely amazing and the Roots nation should thank her for putting up with me.

My goal is to write this blog as frequently as possible to share my ideas on hoops and life. Bare with me in typos, periods of not posting and my complete obsession with hoops. It has given me so much in life I am completely devoted to spreading love for basketball and sports. Thank you so much for reading and I hope you enjoy here on out.

Josh Wilson on his rookie season overseas
Written by Josh Wilson
Monday, 14 June 2010 11:52
Editior’s Note: Josh Wilson, NAU’s All Time Assists Leader who just finished his rookie season in Germany, will be checking in with us over the next few weeks to provide a first hand account on all things involved with life as an overseas professional basektball player.

Below is the first in that Hooping on Foreign Hardwood series written by Josh:

Coming home after my rookie season in Germany I hear the same questions over and over. What was it like? How was the food? Do you think I could play over there? How much did you get paid? I generally answer fantastic, delicious, maybe if you work hard and none of your business. With each blog my goal is to let you into my life as a pro hooper and help to answer these questions in detail. I figured I’d start off with how I got my first job and let you know a little more about me as a person and a player…

I grew up in Longview, WA in the Pacific Northwest. Yes, rain. This meant lots of time indoors. I became a gym rat. Anywhere I could get a game. Luckily my entire family had a love for sports especially basketball. We played everywhere, the church, the YMCA, in the neighborhood and in the living room. My brother and sister and I would put wire hangers in the closet door frame and use a balled up sock as a ball. If you got dunked on you’d get a door knob in the back. Being the youngest I had to scrap and fight for everything and I wouldn’t have had it any other way. My Dad believed in us and encouraged us to be the best we could be. If we ever lacked effort he would say “If you’re going do something, do it right”. This still rings in my head today. We were taught to do what’s right, work hard, believe in ourselves, and to never ever quit. I apply these lessons to all facets of my life. Without the constant guide and example of my Father and the unconditional love of my Mother I would not be near where I am today.

In high school one thing became very clear to me. Hard work pays off. Although I never missed an open gym that doesn’t necessarily mean I was working hard. Sure I got better but rarely did I improve on my weaknesses. I’ll never forget when the light turned on. I was on the varsity team my sophomore year and was having a terrible start to the season. I was shooting terrible and averaging around seven points per game. My confidence was shot and I started to lose faith in myself. Every once in a while since I was twelve I would work out with Roosevelt Smith Jr. the Director of the YMCA and local basketball guru. I would go through his training but never bought in. After a dismal game of scoring only two points I went to Roosevelt for help. For a week I woke up in the morning at 5 a.m. to work with him before school. The next game I hit seven three’s and scored 32 points and never looked back. I completely bought into Roosevelt’s ideas and learned the most important lesson of my life. With hard work you can do anything.

In the summer before my senior year I earned a scholarship to Northern Arizona University. I drove 2 hours every day to play on a Seattle AAU team, Emerald City Basketball Academy. NAU spotted me in the Las Vegas Big Time tournament where I was an all tournament selection averaging 24 points per game and leading all players in scoring from the state of Washington. After arriving at NAU I quickly fell in love with being a pure point guard. I was the only player in NCAA basketball to be among the top 40 in assists for my first three seasons, led the league in assists every year, and broke NAU’s single season and career assist record before my senior season.Entering my senior year I was positioned to become the Big Sky’s all-time assist leader. This was a feat that I never accomplished. Instead, my senior year was plagued with injury and turned into the worst year of my life. I suffered from severe patellar tendonitis, iliopsoas tendonitis, severe sprained ankle, and I ended the season with a broken right foot. I tried to play through it all but I wasn’t near 100%. I had never missed a game in my life and was about to start. I played against Arizona with a severe ankle sprain to continue my streak but was stopped dead in my tracks at Eastern Washington. I broke my foot coming down from a rebound in 5 minute of the game. I managed to play another 20 minutes and hit a couple three’s but that’s where I ended my college career.

Making way to the Pros:

Needless to say I was worried about whether my professional dreams had ended that night in Cheney, Washington. I had a terrible senior year and to make it worse I broke my foot a second time that summer. I was forced to sit out athletically and had to be more creative in applying “through hard work you can accomplish anything”. Instead of being in a gym I got on the computer. My brother in law and I built a website – JoshWilsonBasketball.com – to market my college career. I googled and searched for any and every agent and team I could find and emailed them my information. My website has highlights, full games, and stats from my career so anyone interested could immediately see if I was for them.

I was fortunate enough to gain some interest from agents and my website eventually landed me a job for Erdgas Ehingen/ Urspringschule in Germany’s Pro B league. I was cleared to play again in the middle of August and played my first professional game out of shape and extremely rusty in mid September. I was offered a contract and was on a flight two weeks later. The experience of stepping onto that flight injured, out of shape, by myself and completely unsure of what was ahead is something I will never forget.

Stay tuned for future blogs about playing overseas, my workouts, my experiences, and my life.

To learn more about me in the meantime check out:

My website: JoshWilson.com, my 2009-10 Highlight Tape, as well as my Eurobasket Player Profile.