As cliché as it may sound, words could never explain my unwavering appreciation for what basketball has done for me. Whatever effort and devotion I have poured into this sport I have been paid back tenfold. A ball and hoop have molded me into the person I am. My hoops journey has educated me on how to deal with heartbreak and that hard work is the key to success. On this road I have seen unbelievable examples of how not to act as a coach, a leader, a manager or even as a person. These experiences may have been harsh to undergo but it has molded me into a better father, husband, person and player. Basketball has paid for my college education and to top it off I have been allowed in my short life to see the world. What more can I say?

To gain some perspective here is a list of the places I have been thanks to basketball;

I am 24 years old and feel blessed beyond belief to have seen and experienced such wonderful places (and not so wonderful). At Northern Arizona I was a history major and minored in anthropology so needless to say I enjoy this aspect of my job. Some of my favorite cities are Prague, Vienna, Ljubljana, Venice, Budapest, Berlin, Jerusalem and my current city of Helsinki. Each has different pace and style but in their own ways are equally impressive. Jerusalem and Venice are absolute must sees for an old world feel. Both cities are locked in time and I hope they stay there.

Here are a few thoughts on traveling. It’s interesting to me how much you can tell about the government of a country just from staying a couple days, even more so when you’ve stayed for a few months. I loved the opportunity to see the well oiled machine of Germany, which I believe is a stellar example to the rest of the world (Finland is right behind). Israel seems stuck in a battle of rising to the highest of world standards but are held back from its obvious history and circumstances of their existence. No matter what you have heard I highly recommend a trip to Israel. It’s an eye opening experience in many ways. Where I have been in Italy completely lives up to the hype. I had a calzone the size of a football and went swimming in the Mediterranean. If I had to pick a country to live in besides the USA it would be Germany, Finland or Slovenia. Slovenia thoroughly surprised me. Ljubljana was quaint, beautiful and clean.

Most of all what traveling has done is allowed me to step outside my USA box.  You gain a unique perspective on your own life by seeing the lives of others. The people of the world are diverse and equally fascinating. The USA has so many lessons to learn from Europe and the world. The forefront of these for me is Germany’s recycling policies, Finland’s education system and the absolute necessity of health care reform. I was surprised the way the rest of the world views Americans. As an expatriate or even an average American you have the absolute responsibility to be an ambassador to our country, behave accordingly. Lastly on this subject please tv-land stop polluting the world with the garbage you allow out into the world. Others form opinions of America off of shows like Laguna Beach, scary thought (sorry for the rant).

I hope everyone out here hooping overseas takes advantage of the opportunities to travel. It is a tremendous perk to the occupation. Those who are thinking about coming over I absolutely recommend for at least a year no matter the contract offer. When will you ever have this chance again? And to all the up and comers take advantage of the opportunities the game brings. I promise if you work hard enough and believe in yourself you will be rewarded, in one way or another. Thank you basketball.

Season update; My team (ToPo) has won 3 games in a row. We acquired a new import Justin Hawkins who had a solid debut with 12 points. In the last two games I had 15 points and 3 assists and 13 points and 3 assists on 10/12 from 2 and 2/7 from 3. Still room for improvement and can’t wait to really get things rolling here in Helsinki!

If you want to know more about me you can watch my highlights on YouTube (http://youtu.be/ApGzS3h-csQ) or follow me on twitter @jdubball21. Check back in a few days for next the blog. Josh Wilson (188-PG-87, agency: Hightower Law Firm, college: N.Arizona) 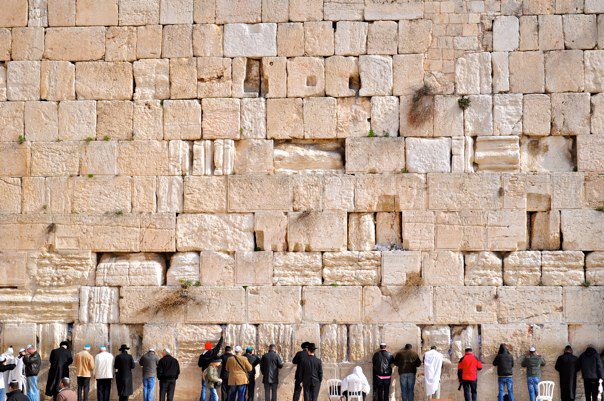 Josh Wilson DOB: 5/17/87 Height: 6'2 Weight: 200 Euro Basket Bio Erdgas Ehingen Germany 2009-10 Starting point guard for Erdgas Ehingen Urspringschule in Germany's Pro B League. As a rookie, he averaged 15.2 points per game, along with 5.5 assists and 1.3 steals. He shot the basketball well from everywhere on the court — 50 percent on 2-point shots, 40.9 percent from 3-point territory and 77 percent from the free-throw line. His season-high point total (29) came in Ehingen's second game of the season, back in early October Northern Arizona University Career Notes: The only player in Division I to rank among the top 40 in assists per game each of the last three seasons…Ranks among top 20 returning national assist leaders in 2008-09…Ranks first in school history and third in the Big Sky Conference with 636 career assists... Ranked first in the Big Sky Conference in assists each of the last three seasons, the first player in league history to lead the league three consecutive seasons...Ranked 39th in Division I in 2007-08 at 5.2 assists per game…Finished ninth in the nation in 2006-07 with 6.0 assist average...Ranked the 11th-best total in the nation and best among freshmen in Division I in 2005-06 at 6.1...195 assists in 2005-06 set a single-season school record, eclipsing the mark set by Harry Payne in 1985-86…Owns three of the top four single-season assist totals…Owns two of the top 10 single-game assist performances in school history... Northern Arizona University 2008-09 (Senior): All-Big Sky team honorable mention...ESPN the Magazine Academic All-District 8 selection presented by COSIDA...Big Sky Conference Player of the Week ...Broke 3 school records; assists, minutes played and games played. Was positioned to become the all time assist leader in Big Sky history but injured foot and missed the second half of the season. Northern Arizona University 2007-08 (Junior): All-Big Sky second team selection...ESPN the Magazine Academic All-District 8 selection presented by COSIDA...Big Sky Conference Player of the Week (Feb. 25)...Saw action in all 32 games with 31 starts...Averaged 11.6 points, 2.8 rebounds and 5.4 assists...Had 17 games in double figures...Scored a career-best 25 points against Wichita State in ESPNU BracketBusters game, eclipsing previous single-game best 20 points two times (Adams State, Northern Colorado)...Recorded five or more assists 22 times, including eight or more assists eight times...Led the Big Sky Conference and ranked 39th in the nation in assists at 5.4 per game...Set school career assist record against Haskell at 17:06 mark of the first half, finishing with nine assists...Hit game winning three-pointer with two-tenths of a second left to defeat No.% View all posts by Josh Wilson Basketball